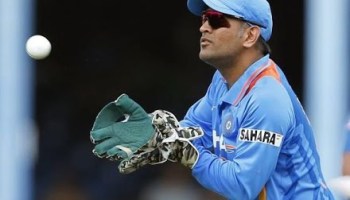 MS Dhoni has became the first wicketkeeper to reach 100 stumpings

MS Dhoni reached a record of 100 stumpings in One-Day Internationals during his 301st match, India Vs Sri Lanka at Colombo.

Dhoni, recently, became the sixth Indian player to play 300 matches in the 50-over format.

On 3rd September 2017, the Union cabinet got rearranged for the third time.

Ministers of State who got rearranged into Cabinet: –

She is promoted to ministry of defence. She is the first full time independent women defence minister.

Prior to her, former Prime Minister Indira Gandhi held the defence portfolio as an additional charge on two occasions.

Commerce and Industries department which was held by Nirmala sitharaman is now transferred to Suresh Prabhu who exits as railway minister.

The railway department which was held by suresh prabhu is now transferred to Piyush Goyal.

Apart from Railways, Piyush Goyal retains the ministry of coal.

Dharmendra Pradhan, now cabinet minister, will continue to have charge of Petroleum and Natural Gas and will also be minister for skill development and entrepreneurship, which Rajiv Pratap Rudy gave up two days ago.

New members to the Cabinet : –

The 9th BRICS Summit has started in Xiamen, China with a group photograph of leaders of the five countries (Brazil, Russia, India, China, and South Africa).

Kenneth I. Juster, deputy director of the National Economic Council at the White House, has been appointed as the next U.S ambassador to India.