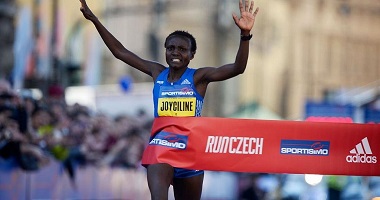 The missile is developed to support both mechanised infantry and airborne forces of the Indian Army.

It is designed to destroy modern main battle tanks and other heavily armoured targets.

On 9th September 2017, Prince Charles became the longest-serving Prince of Wales in history.

Prince Charles has broken the record of Edward VII who held the title for more than 59 years before becoming king.

Joycilline Jepkosgei has become the first woman to run 10 km distance under 30 minutes on road.

She ran for 29 minutes 43 seconds at the Birell Prague Grand Prix and broke her previous record of 30 minutes 4 seconds.

A group of researchers discovered a new species of edible freshwater fish while exploring the waters of the Pampa river at Pathanamthitta in Kerala.

This new species belongs to the Labeo genus named as Labeo filiferus.

Their eyes are coloured brilliantly with orange tinge. The specimens were 20 centimeter to 40 centimeter long and weighed four to five kilograms.

“Project Insight” will be launch by Government

On 11th September 2017, The Union Finance Ministry, has announced that is has planned to launch ‘Project Insight’ from October, 2017, in a move to restrict black money holdings and transactions.

The Government has signed a contract with L&T Infotech Ltd., regarding ‘Project Insight’.

The aim of this project is to observe and check high value transactions, and track tax evaders with the help of technology to restrict black money holdings.

The linking of PAN with Aadhaar will help identify and analyze the transactions of tax payers.

First High Speed Train Project (popularly referred as Bullet Train) between Mumbai to Ahmedabad will be launch on 14th September 2017.

It will be India’s first high-speed rail line.

The construction of the corridor began on 14 September 2017 as scheduled and end by August 2022.

The bullet train is scheduled to leave for its first run on 15 August, 2022.