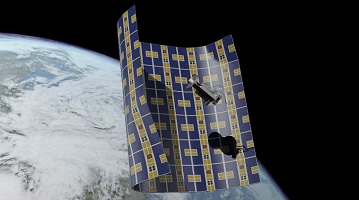 Scientists are developing an ultra-thin spacecraft that can remove space debris by enveloping junk in the Earth’s orbit and dragging it through the atmosphere, causing it to burn up.

The Brane Craft, being developed by US-based Aerospace Corporation, is a flexible and less than half the thickness of a human hair.

If there is damage in its some components, the others will continue to work because its microprocessor and digital electronics are fabricated in that way.

Indian economist Bina Agarwal was selected for the Balzan Prize, which is to be awarded in Bern, Switzerland, in November 2017.

Indian economist Ms.Bina Agarwal, has been announced as Balzan Prize winner in the gender studies category for her contributions to agriculture in India.

She is a professor at the University of Manchester, United States of America.

It was the 137th edition of the US Open Tennis and the 4th and final Grand Slam event of 2017. It was run by the International Tennis Federation (ITF).

Halimah Yacob, a former speaker of parliament from the Muslim Malay minority won the president election without vote.

The Union Cabinet has given its approval for signing of a Memorandum of Understanding (MoU) between India and Morocco on cooperation in the field of health.

A Working Group will be set up to further elaborate the details of cooperation and to oversee the implementation of this MoU.

The Union Cabinet has given its approval for signing of a Memorandum of Understanding (MoU) between India and Armenia on Cooperation in the field of Disaster Management.

The MoU would enhance cooperation in the field of Disaster Management and contribute to the well-being and safety of the people of both the countries in the event of disaster.

It will also result in exchange of information in the relevant fields of disaster management which is of mutual interest.