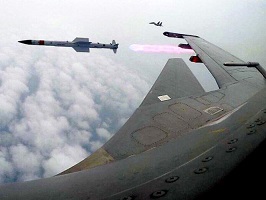 The Assam legislative assembly has passed a government resolution for adopting a ‘Population and Women Empowerment Policy of Assam’.

The policy has a strict two-child policy for government servants and elected/nominated representatives of panchayat, municipal and statutory bodies, with stress on women empowerment and awareness.

The Policy seeks to empower women for making learned choice regarding motherhood as it would lead to better living conditions for the communities.

The policy has provisions to bar people with more than two children from contesting election for panchayat, municipal and other statutory bodies and committees at the state level.

The final Flight Trials of Astra – Beyond Visual Range Air to Air Missile (BVRAAM) was conducted recently over the Bay of Bengal, Off the Coast of Chandipur, Odisha.

The trials were successful.

It is a Beyond-Visual Range, air-to-air indigenously developed.

The conservation status of snow leopard has been improved from “endangered” to “vulnerable”.

The decision was announced by the International Union for Conservation of Nature (IUCN) – the global standard for assessing extinction risk.

However, experts have warned that the species still faces serious threats from poaching and habitat destruction.

To be considered ‘endangered,’ there must be fewer than 2,500 mature snow leopards and they must be experiencing a high rate of decline.

Being classed as “vulnerable” means a species has under 10,000 breeding animals left, with a population decline of at least 10% over three generations.

Violet Mosse Brown had passed away in Jamaica 6th Sept. 2017.

She became the world’s oldest person on 15th April this year at 117.