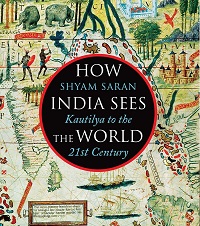 India and Russia will hold a mega military exercise called INDRA in October.

In this exercise, two countries involving their armies, navies and the air forces for the first time to further ramp up military ties.

It will be for the first time that India will participate in a tri-services military exercise with a foreign country with such a large scale participation by the Navy, the Army and the Air Force (IAF).

The centre is planning to introduce the Women’s Reservation Bill in the upcoming session of the parliament.

The Women’s Reservation Bill was first conceived more than 20 years back on September 12, 1996.

This bill pushed for a 33% reservation of all Lok Sabha and state legislative assemblies for women.

The Rajya Sabha passed the bill on 9 March 2010. However, the Lok Sabha never voted on the bill.

The bill lapsed after the dissolution of the 15th Lok Sabha in 2014.

Highlights of the Bill:

The Constitution (One Hundred and Eighth Amendment) Bill, 2008 seeks to reserve one-third of all seats for women in the Lok Sabha and the state legislative assemblies.

Submarines Kalvari Handed Over To Navy

Kalvari, the first of the six Scorpene-class submarines, has been handed over to the Indian Navy.

What you need to know about INS Kalvari?

Kalvari is named after a deep-sea tiger shark.

The Scorpene is part of the ambitious Project 75 of Indian Navy’s submarine programme.

This type of submarine is designed to operate in all theatres including the Tropics.

It can undertake various types of missions that are undertaken by any modern submarine including anti-surface warfare, anti-submarine warfare, mine laying, intelligence gathering, surveillance, etc.

The book records the crucial meeting of the CCS (Cabinet Committee on Security) on the eve of India-Pakistan Defence Secretary-level talks in May 2006.