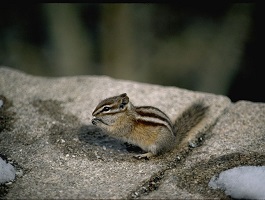 Topic : New Appointments, Who is Who?, Latest Diary of Events

Rajiv Mehrishi has been appointed as the 13th Comptroller and Auditor General of India (CAG).

The Comptroller and Auditor General (CAG) of India is an authority, established by the Constitution of India under article 148.

CAG audits all receipts and expenditure of the Government of India and the state governments, including those of bodies and authorities substantially financed by the government.

The CAG vacates the office on attaining the age of 65 years age even without completing the 6 years term.

This scheme is used to ensure electrification of all willing households in the country in rural as well as urban areas.

Environmental upgradation by substitution of Kerosene for lighting purposes.

The country had on 24 September 2014 successfully placed the Mars Orbiter Mission spacecraft in the orbit around the red planet, in its very first attempt.

ISRO had launched the spacecraft on its nine-month-long odyssey on a homegrown PSLV rocket from Sriharikota in Andhra Pradesh on 5 November 2013.

This mission made India to become one of the four nations in the world to send space mission to Planet Mars.

India became the first country in the world to insert a spacecraft into the Martian orbit in its very first attempt.

Indonesian scientists from the Lambung Mangkurat University have found the world’s smallest squirrel in Borneo rain forest in the central parts of the Indonesia.

The squirrel has been named as the Bormean pigmy squirrel or exilisciurus exilis.

This new species is 73 mm long and weighs about 17 grams. Although this species is quite difficult to find in a disturbed habitat during the active day.

These are the family Sciuridae members, a family that includes small or medium-size rodents.

The International Day for the Total Elimination of Nuclear Weapons was observed across the world on 26th September 2017.

In order to educate the public and their leaders about the real benefits of eliminating nuclear weapons, this day was observed.

The Treaty on the Prohibition of Nuclear Weapons was adopted on 7th July 2017, with an aim of a world without nuclear weapons.

The Treaty was the result of a global campaign focused on the unacceptability of the nuclear weapons use under any circumstances.

INS Tarasa, a Water Jet Fast Attack Craft has been commissioned into the Indian Navy.