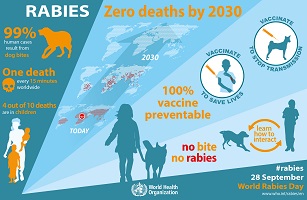 The Karnataka Cabinet has cleared Karnataka Prevention and Eradication of Inhuman Evil Practices and Black Magic Bill, 2017, popularly known as the anti-superstition Bill.

The Bill, if cleared by the State legislature, is expected to put an end to various inhuman practices such as black magic, witchcraft, or any act in the name of religion that causes harm to humans and animals.

However, acts such as Kesh Lochan (plucking of hair), vaastu and astrology have not been barred.

What is not banned?

The form of the worship such as Pradakshina, Yatra, Parikrama performed at religious places.

All religious celebrations, festivals, prayers, procession and other act relating other rituals, etc.

In a historic decision, Saudi Arabia has decided to women to drive.

Significance of this decision:

With more than half the country aged under 25, the latest move is seen as catering to the aspirations of younger people.

The country further aims to loosen social restrictions, which has so far not translated into more political or civil rights and also seeks to ease criticism over recent arrests.

The Union Cabinet has given its approval for implementation of umbrella scheme of “Modernisation of Police Forces (MPF)” for years 2017-18 to 2019-20.

Rhabdops aquaticus, was till now considered a variant of the Olive Forest Snake, first described in 1863.

However, the new study confirms that the Aquatic Rhabdops is a different one: they sport not only different colours and patterns, but also vary in other features of size, shape and structure, and also genetic make-up.

The Aquatic Rhabdops is found only in the laterite plateaus of the northern Western Ghats in Goa, southern Maharashtra and northern Karnataka, in areas facing severe human pressures.

That means the goal of reaching zero human deaths from canine rabies by the year 2030.

The day is celebrated annually to raise awareness about rabies prevention and to highlight progress to defeat the disease.

Rabies is a zoonotic disease, caused by the rabies virus, of the Lyssavirus genus, within the family Rhabdoviridae.

Domestic dogs are the most common reservoir of this virus, and more than 95% of human deaths caused by dog-mediated rabies.

The virus is transmitted through the rabid animal’s saliva and generally enters the body via infiltration of virus-laden saliva from a rabid animal into a wound or by direct exposure of mucosal surfaces to saliva from an infected animal.