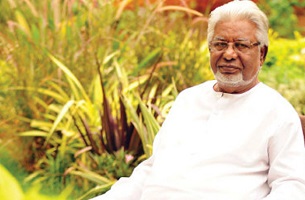 US exit from Paris climate deal

The United States will be withdrawing from the Paris climate agreement, President Donald Trump announced recently.

He said this move was aimed at protecting American and its citizens.

The US is the second-largest emitter of greenhouse gases in the world, right behind China.

The withdrawal process takes four years. But when it’s complete, the United States will join a lonely club.

Just two other countries — Syria and Nicaragua — have rejected the nonbinding agreement.

Why Trump is against this deal?

Trump says the Paris deal unfairly puts constraints on the United States coal industry, and unfairly allows some countries to continuing to pollute at a greater rate than others.

Know about the Paris agreement:

The Paris agreement, signed in 2015 by 195 countries, does four simple things.

India has 31% of world’s poor kids

About 31% of the world’s “multi dimensionally poor” children live in India, according to a new report by the Oxford Poverty and Human Development Initiative (OPHI).

OPHI is an economic research centre at the Oxford University and the study is based on a survey conducted among 103 countries.

A “multi dimensionally poor” child is one who lacks at least one-third of ten indicators, grouped into three dimensions of poverty: health, education and standard of living.

The health dimension comprises indicators such as nutrition, child mortality, and education.

Under standard of living are indicators such as access to cooking fuel, improved sanitation, safe drinking water, electricity, flooring, and asset ownership.

In terms of the number of multi dimensionally poor children as a proportion of the total population, India stood 37th among 103 countries.

The West Indies cricket team has been officially renamed as ‘WINDIES’ while the West Indies Cricket Board has rebranded itself as ‘Cricket West Indies’ on its 90th anniversary.

The new name will apply to all teams representing the Board and will be used on all team playing shirts.

He was known by the title Kaviko.

He was a professor of Tamil for 29 years at Islamiah College, Vaniyambadi.

In 1999, his poetry collection Aalapanai won the Sahitya Akademi Award for Tamil.

And also he received the Umaru Pulavar award in 2008.

They have become the first team to scale the world’s highest peak without supplementary oxygen.

More than 4,000 people have so far climbed the 8,848-metre peak, of which only 187 people have done this without oxygen on individual basis.